Most of us love a great business success story, but there’s often more to learn from cautionary tales.

The high-profile corporate disasters of recent memory, such as WeWork and LuLaRoe, are a little bit of both.

One of the biggest challenges for startups is balancing rapid short-term growth with long-term sustainability. Looking at the mistakes larger companies have made can teach other growing companies what to avoid.

The biggest challenges for startups

Many challenges startup founders face are universal. Once they have a viable business idea and a solid business plan, they need to prove the concept to secure funding. Product development can be a struggle. Many run out of money even before a market launch. Hiring the right people who share their vision and have the skills to execute it is the next big step to startup success. As the company grows, business owners are strapped for time and money. And the biggest challenges are only beginning. Here are just a few.

The temptation to put growth above all else

In their book The Cult of We: WeWork, Adam Neumann, and the Great Startup Delusion, authors Eliot Brown and Maureen Farrell paint a picture of a CEO laser-focused on growing the co-working space startup he co-founded, to the exclusion of all other markers of success.

At one point, the company's valuation was $47 billion even as it hemorrhaged money – more than $3,000 per minute in 2018, according to the book.

"WeWork was spending so much money … that it had to continue raising larger and larger sums to keep up its rapid pace of growth," Brown and Farrell wrote. "But investors were only investing in the company because of its growth."

Eventually, the house of cards collapsed: a major private investment deal fell through, then a planned IPO was scrapped. Ultimately, Adam Neumann was forced out as CEO in 2019, the company's valuation plummeted, and thousands of employees lost their jobs.

Staying focused on the right initiatives

In the early days of his startup company, Nuemann made many investments and acquisitions that baffled those around him. Among them were surf pool company Wavegarden and event planning website Meetup.com.

After his ouster in 2019, subsequent CEOs sold off what Brown and Farrell refer to as an "eclectic collection of companies" and set out to turn WeWork from a "buzzy startup" into a "slimmed-down straightforward commercial real estate subleasing company."

Although the pandemic took its toll on the newly streamlined co-working business, WeWork went public via SPAC in October 2021 at a valuation of $9 billion – less than 20% of the valuation SoftBank Group had given it only two years prior. It was still losing billions of dollars.

At one time, the name LuLaRoe was synonymous with cute, comfortable women's clothing and the chance to earn money as a "fashion consultant" through the company's multi-level marketing distribution model.

LuLaRoe reportedly reached $1 billion in sales in 2016, after just four years in business, and had about 80,000 fashion consultants by March 2017. But, as Forbes contributor Marcia Layton Turner noted in 2017, "that pace of growth has brought on some challenges, including complaints about product quality."

At the time, LuLaRoe was the defendant in a class-action lawsuit alleging that the leggings some customers received were of such poor quality that they ripped like "wet toilet paper," Turner reported. Other sellers reported receiving clothing that was damp or moldy, according to the 2021 documentary series LuLaRich.

While the company still exists, it faces numerous lawsuits and investigations into its business practices. The court of public opinion has not been any kinder: in addition to LuLaRich, another scathing documentary and a scripted series are in the works.

"If any company was poised to succeed in the pandemic economy, it would be Peloton,” said Liz Elting in a Forbes.com article.

Demand skyrocketed for Peloton's high-end exercise bikes amid the COVID-19 pandemic, more than doubling the company's revenue in 2020 and doing the same in 2021.

But there are only so many $2,000 exercise bikes each consumer can buy. The company should have recognized that and "moved … towards flexible, service-oriented offerings that could generate steady income with relatively little investment," Elting wrote. Instead, it ramped up bike production without stopping to reflect on whether the increased demand was "a permanent shift or merely a blip in a wildly unpredictable market."

As the pandemic waned and consumers went back to the gym, the gamble left Peloton with excess inventory, a plummeting stock price, 2,800 laid-off employees, and an $815 million loss in the first half of 2022. CEO John Foley stepped down in February 2022 and the company scrapped plans for its first U.S. factory. 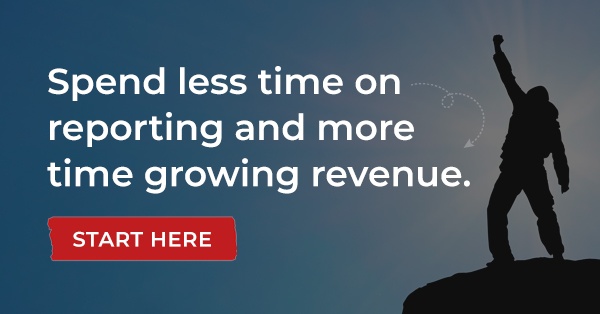 It would be oversimplifying to imply that explosive growth or any of the mistakes here were the sole contributor to their respective company's downfall. That said, many corporate disasters do have the "grow at any cost" mentality in common as a root cause.

"A lot of founders believe they should scale first and then worry about fixing damage they cause," said venture capitalist Hemant Taneja in the January-February 2022 issue of Entrepreneur.

As is the case with some of these companies, those in the orbit of a charismatic business leader may even be aware of problems such as unsustainable growth or cash flow problems but reluctant to press the issue, assuming the executive's actions are visionary rather than destructive.

In light of this, the first step toward "responsible growth," a concept Taneja discusses in Entrepreneur, is a willingness to acknowledge issues and course correct before things spiral out of control. This might involve temporarily putting growth on hold or standing up to a charismatic leader.

How can startup stakeholders become aware of issues before it's too late to change the enterprise's trajectory? There’s no simple solution, but the right technology can help.

Accounting software can solve some of the biggest challenges for startups

Accurate, real-time reporting and business intelligence can help stakeholders identify startup challenges before they spiral out of control.

This is especially important as startups expand to include multiple locations, multiple entities, and even multiple countries. Gravity's unique architecture lets you see results from all locations, entities, or countries in real time.

Gravity makes it easy to analyze information and look for trends in your data. Using powerful tools like PowerBI, you can instantly see the pulse of your organization from many points of view. One dashboard can replace many reports.

Built on the Microsoft Power Platform, Gravity includes business intelligence that makes it easy to see revenue and expenses across companies by department or category. You can also monitor investments, inventory and sales orders.

You can use Microsoft Power Automate to reduce manual processes and free up your team to solve more strategic startup challenges.

Because Gravity integrates with the Microsoft Dynamics 365 CRM, you can resolve customer issues, personalize marketing, receive and analyze feedback and more. You'll know right away if it's time to step back from rapid growth in order to renew focus on the quality of your product or service.

Among the biggest challenges for startups is building the right digital infrastructure to set your company up for success. With Gravity, your business will have access to everything it needs to grow steadily and sustainably.

Want to learn more about finding the right financial technology for your business? Check out our cloud accounting software guide.